What Is The Fraser River?

The Fraser River is well known to plenty of whitewater enthusiasts who enjoy it’s a significant number of rapids and also tumbling canyons every year. However, the Fraser is perhaps better known as a working river due to its length, location, and size. Seafaring ships constantly sail on the Fraser River from the mouth of the river at Fraser River Port to the Fraser Surrey Dock, which is 30 km away from the downtown districts of Vancouver.

Only watching this river anywhere between the two ports could be considered a vacation in it’s right. Watching the ships go up and down the river can be enjoyed around the whole year due to the fair weather conditions we have within the lower mainland. There is simply no way that anyone can watch along this river and get bored. Throughout both day and night, there are tugboats taking logs, sometimes houseboats, and other wood products to where these are needed to go.

The tugboats frequently help the bigger vessels travel along the Fraser River. These larger vessels come from many different parts of the world; some look exotic while other ones appear more mundane. The more mundane ships will be the workboats, which regularly trip up and down the Fraser. For the large ships that fish in the sea as well as the small ships, which fish in the river that river is vital for their crews and owners in making their living.

The Beauty Of The River

There is more to the Fraser River than how many ships use it. The river has an absolute beauty, which seems to alter with the light as well as the weather. For instance, on a bright summer day, the surface of the river can appear smooth and calm as it reflects the Alex Fraser bridge. Compare that to a misty early morning during the autumn making it look like the bridge is lifting up through the fog to greet the beginning of a new day. Then there is the view on a beautiful yet crisp wintery morning when the shoreside plants and the clear blue sky get reflected in the calm waters of the river; it is a snapshot in the short time between the changes of the tide.

Thus while watching this busy river the wonders of nature can be enjoyed. The occasional seal can be spotted as he puts his head above the water and when watching the eagles swoop down to catch prey then fly back up.

People can enjoy the river in different places such as Barnston Island, which lies in the middle of the Frazer River. This small island with its farms is a reminder of times gone by. Alternatively, a visitor could stroll through the pretty gardens of the New Westminster Quay.

It is easy to understand why the Fraser River means so many things to so many people.

Special thanks to the writers at www.fraserriversturgeonfishing.ca for this article 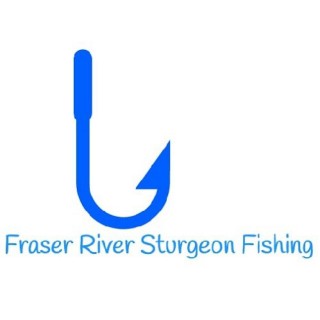 Fraser River Sturgeon Fishing Charters is the #1 destination for your favorite game fish that’s grown imperative in such a short space of time, and anglers come from all around the world for these fishing charters, and for the thrill of pursuing monster sized sturgeon as they leap their way along the river.